An ode to the lessons of (not) the best dog ever 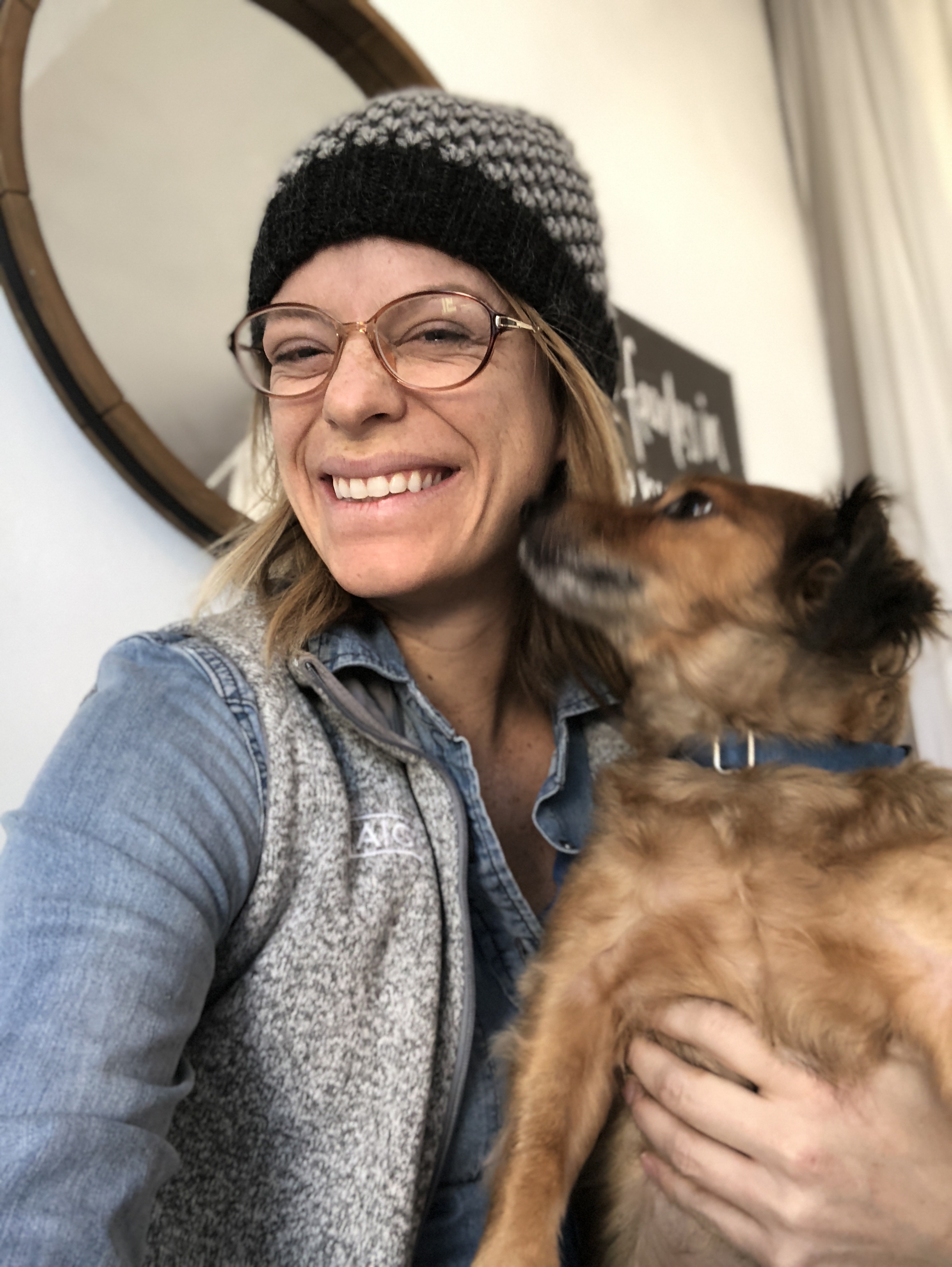 On Saturday morning, I stopped teaching my yoga class as my husband had called my phone a few times in a row. I ignored the first few calls, assuming he’d forgotten I was busy, and he was calling asking about where to find tiny shoes or little underwear. But, the third call, I knew it was serious. All he said was, “I need you to come home now. It’s Flapjack.”

I barely looked at the students, said, “I have to leave,” grabbed my gear, and split. I went as fast as I could while trying to not go as fast as I good.

When I got home, I found the whole family on the floor surrounding Flapjack. That dog stood up, walked over to me, wagged his tail, and started asking if he could eat the rest of the breakfast the girls left over.

“He wasn’t breathing. He had a seizure and he stopped breathing for what must have been a whole minute. I can’t believe he’s doing this,” Reid said.

I know we often assign far too much meaning to the random of life. It helps us to organize our fears around death and loss, it helps to alleviate our pain in the responsibility we have in making the “right” decision. If we believe something outside of ourselves is helping guide us, we feel more confident. Perhaps Flapjack brought himself back to life to see me. Perhaps he had some random brain firings, they stopped, and then they started again a few hours later.

Either way, in the moments following his seizure, Flapjack seemed okay. I immediately decided we wouldn’t seek medical attention. I cannot say whether it was the “right” decision, but I just felt he was going to die, and I didn’t want his last day to be in a dog hospital or his last month to be under lethargy due to medication. I called my Dad. He told me I was doing the right thing.

We kept Flapjack close, took him to the park, hugged him, fed him his favorite things, let him lay in the sun, and a few hours later, he seizured again, this time fatally, as I rubbed his belly and told him it was okay.

And there I was. An 18-month-old baby staring at me, a 3-year-old daughter over at the neighbor’s house, and my dead dog’s body on the floor in front of me. What the hell was I supposed to do next?

I called the vet, they gave me the number for the mortuary, I provided my credit card, I wrapped the dog in a blanket, I rubbed his lifeless paws and gently kissed his head, we decided to let the kids see his body and explain that he died, we decided to take him to the cats so they could smell him and understand, and then we left the girls with their grandmother as we drove him for storage at the vet until he could be cremated.

I remember my father pulling puppies out of my dog’s belly in a baby pool in our laundry room. I remember seeing him with a shovel in the yard before he came to explain the tiniest puppy didn’t live. I remember him taking me to see my grandfather – his own dad – when it was time to say goodbye. I remember him building a deck, calling the mortgage broker, draining my bloodied fingernail. During all of these things, he was younger than I am today.

And I think, “Holy shit. He was a fucking kid. He didn’t understand any of the things he was explaining to me. He must have felt 12. He had no plan.”

This was the same guy I had just called for advice hours ago. Holy shit. He still must have felt 12. He still didn’t know what was right, and I was still calling him for advice, as if anyone out there knows – definitively – the correct path to choose.

I miss that dog with a longing I can hardly describe. I would do anything to hear him licking his paws in the corner, to gently pet his belly, to smell his awful breath, to find garbage overturned and eaten … again … to hear my kids cry when he steals the snacks right out of their hands. I miss the way he followed me from room to room, insisting on climbing the damn stairs every time I came up to grab a sweatshirt, no matter how hard it was for him to come up the stairs, no matter how many times I told him I’d be right back down.

Flapjack was odd looking and full of quirks. He didn’t listen well. He barked too much. He nipped a number of plumbers over the years. He was too low to the ground and barrel chested, so he picked up filth and fleas easily. He battled a skunk circa 2013 and – truly – never smelled okay again. He killed several squirrels, lord knows how he caught them, and he once tried to bite an actual horse. He ate garbage and loved to pull apart a diaper if he could find it. He had lots of opinions on which direction to turn on a walk and often refused to move if we didn’t listen. He stole Reid’s spot in bed every single night and growled when Reid tried to climb back in. He was never comfortable on your lap in the car and insisted on changing positions every 3.5 seconds. He “harrumphed” a lot. He puked more than his fair share.

He was, decidedly, not the best dog ever.

In about 75% of every photo of my children, you can find a tail, an ear, or a nose. Flapjack was there. He would never settle for not being there. And, during the years of my isolation and loneliness due to illness, having him there was the greatest gift I could have received.

Flapjack was my companion animal. He stayed with me through my years of infertility, visiting the cousins as if he were one of them, allowing me to wear him like a baby, asking me to treat him with the care owed a human child. He waited outside my door, crying, when I was in radiation isolation. He came with me to Columbus, Philadelphia, Asheville, Kansas City, Santa Barbara, and everywhere else I ventured for years. When I returned from the hospital after having Hollis, he wouldn’t so much as walk out the door to go to the bathroom. He wriggled out of his leash and ran right back to me.

When the adventures became smaller due to the babies, he came with us to the park, the yard, the splash pad, the Christmas light walks and the visits to the nursery each morning. He never missed a bath time or a bed time. He loved his sisters despite their horrible understanding of boundaries. He loved them because they were his.

Losing Flapjack feels big, huge, in my life. But as the text messages flooded in this weekend, I could repeat back to each person the names of their own lost animals. So many folks understood my pain. Did they also understand the way the world stands on its head when you are just 12 but have to call a mortuary?

Did they understand the way a dog’s life captures a decade of our own lives that we will never live again? Did they understand the way “the Flapjack years” were now over? That it also meant packing up another batch of baby clothes to send off to another family? That it meant saying goodbye to grandparents, my family home, my dad’s career, and the security that comes from knowing the adults know what they’re doing?

I think they do. I think we all know, on some level, what death does to us. We explain it to our kids. We say, “This is the way. Life blooms, life ends, more life comes.” We say, “You’ll understand it better someday.”

We think, “Kid, this is never going to make sense. You’re never going to own this bit of information securely. You’re always going to wonder if you’re doing right.”

Cheers to Flapjack. That guy sure did it right.

I appreciate the messages of love and warmth in the wake of this loss. I will be taking some time away this week to be in my feelings and trust that I can handle the intensity of this moment. I am making an attempt to not seek distraction, to not try to wrap this up too pretty, and to let the mess of loss own me the same way the mess of new life has for the past many years.